Healing your Gut could Improve your Thyroid Function 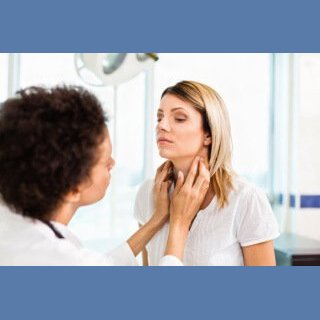 The microbiota, the community of microrganisims the inhabit the human body, has been implicated to many chronic diseases. Connections between the disruption of the intestinal flora and improper thyroid function have been hypothesized since the early 1990s. Although many factors influence thyroid function recent research indicate the gut may be the most influential culprit. Read details on how gut bacteria affects your body below.

The epithelial cells that form the lining of the gut have fingerlike projections called villi, which increase the surface area for transporting nutrients into the body. When the gut is inflamed, as is often the case with microbial dysbiosis, these villi can become truncated, resulting in impaired nutrient absorption. This includes nutrients like iodine and selenium, which are vital for thyroid health.

While the microbiota provides many benefits to the host, it also competes with the host for nutrients. The nutrients that are essential for our cells to function properly are also important nutrients for our microbes! The composition of the microbiota may therefore influence a person’s requirement for various nutrients. In fact, a 2009 study in mice suggested that the microbiota competes with the host for selenium when selenium is scarce, impairing synthesis of selenoproteins, which are necessary for proper thyroid function (8). In another study, rats fed kanamycin, a broad-spectrum antibiotic, had significantly lower iodine uptake by the thyroid (7).

Lipopolysaccharide, or LPS, is a component of bacterial cell walls. When intestinal permeability is increased, often as a result of gut dysbiosis, LPS can “leak” into the bloodstream. This can wreak havoc on the thyroid in a number of ways.

Thyroid-stimulating hormone (TSH) induces the thyroid to produce T4. T4 is the inactive form of thyroid hormone and must first be converted to T3, the active form.  Our bodies produce an enzyme called iodothyronine deiodinase that is responsible for making this conversion. LPS has been shown to inhibit this enzyme, decreasing the amount of active T3 in circulation (9).

Not only do you need active thyroid hormone, but you also need receptors for thyroid hormone on cells throughout the body. Even someone whose thyroid hormone panel looks perfect could suffer from symptoms of hypothyroidism if their body does not produce enough receptors to receive signals from the thyroid. LPS has been shown to decrease expression of thyroid receptors, specifically in the liver (10).

LPS also induces expression of the sodium-iodine symporter (NIS) in thyroid cells, increasing iodine uptake in the thyroid (11). Since iodine is important for thyroid health, this might sound like a good thing, but excess iodine (especially with concurrent selenium deficiency) has been found to contribute to the development of Hashimoto’s, the autoimmune form of hypothyroidism (12).

Remember in the last section how we said that inactive T4 must be converted to active T3? Well, about 20 percent of this conversion takes place in the GI tract! Commensal gut microbes can convert inactive T4 into T3 sulfate, which can then be recovered as active T3 by an enzyme called intestinal sulfatase (13).

Improve your thyroid function by healing your gut with the help of Dr. Della Parker. Dr. Della is a Portland naturopathic doctor practicing holistic medicine. Dr. Della doesn’t treat diseases she treats people with diseases and provides individualized treatment plans. Learn more about how your thyroid works at: www.drdellaparker.com/subclinical-hypothyroidism/

SRC: Learn more about the connection between your guy microbes and your thyroid at: chriskresser.com/your-gut-microbes-and-your-thyroid-whats-the-connection/