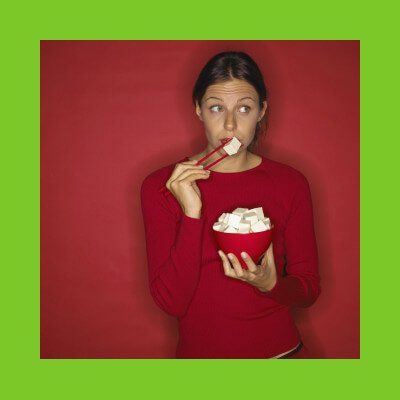 Some people choose the Vegetarian or Vegan lifestyle due to environmental impact, ethical concerns or religious reasons. It’s amazing that so many people are willing to make lifestyle changes based on the social and spiritual impact of their food choices. But, some people are choosing a Vegetarian or Vegan lifestyle due to the misconception that it’s a healthier choice nutritionally. Studies have shown that Vegetarian’s and Vegan’s will live longer than Omnivores based on a “healthy user bias”. A “healthy user bias” is when a study assigns Vegetarians as more likely to exercise and not smoke and assigns Omnivores as more likely to be smokers who don’t exercise, the effect of a “healthy user bias” is predictable. Learn what happens when a study is done comparing vegetarians and omnivores that are both health-conscious below.

With care and attention, I think it’s possible to meet nutrient needs with a vegetarian diet that includes liberal amounts of pasture-raised, full-fat dairy and eggs, with one exception: EPA and DHA. These long-chain omega fats are found exclusively in marine algae and fish and shellfish, so the only way to get them on a vegetarian diet would be to take a microalgae supplement (which contains DHA) or bend the rules and take fish oil or cod liver oil as a supplement. Still, while it may be possible to obtain adequate nutrition on a vegetarian diet, it is not optimal—as the research above indicates.

I do not think it’s possible to meet nutrient needs on a vegan diet without supplements—and quite a few of them. Vegan diets are low in B12, biovailable iron and zinc, choline, vitamin A & D, calcium, and EPA and DHA. So if you’re intent on following a vegan diet, make sure you are supplementing with those nutrients.

It’s worth pointing out that there are genetic differences that affect the conversion of certain nutrient precursors (like beta-carotene and alpha-linolenic acid) into the active forms of those nutrients (like retinol and EPA and DHA, respectively), and these differences may affect how long someone will be able to follow a vegetarian or vegan diet before they develop nutrient deficiencies. This explains why some people seem to do well for years on these diets, while others develop problems very quickly.

SRC: Learn which nutrients Vegetarian and Vegan diets are completely devoid of and what those nutrients do for the body and mind at: chriskresser.com/why-you-should-think-twice-about-vegetarian-and-vegan-diets/