The Scoop on Salt 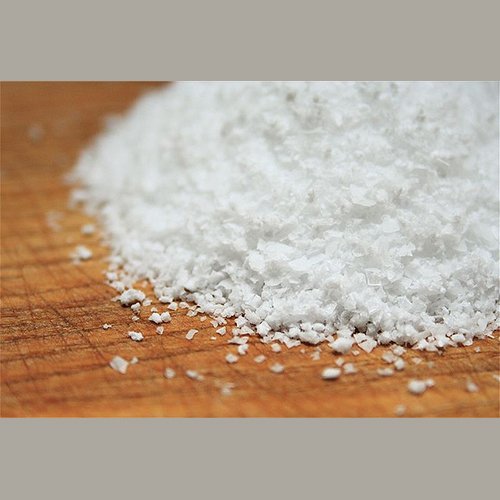 There is a lot of press surrounding the excess of salt that many people consume on a daily basis. While the key to salt intake (along with many other things) is moderation, the sodium we gain from salt drives many crucial physiological processes in the human body. Read about these physiological processes and what occurs when there is too little or too much sodium in your system.

“In all ages salt has been invested with a significance far exceeding that inherent in its natural properties…Homer calls it a divine substance. Plato describes it as especially near to the gods, and we shall presently note the importance attached to it in religious ceremonies, covenants and magical charms. That this should have been so in all parts of the world and in all times shows that we are dealing with a general human tendency and not with any local custom circumstance or notion.”
Ernest Jones, 1912the

Salt has been the subject of controversy in recent years, and has increasingly been blamed for a number of poor health outcomes, such as high blood pressure, heart disease and stroke. Salt is ubiquitous in our modern diet, with Americans consuming an average of 10 grams per day.

In this series, Shaking Up The Salt Myth, I explore the history of salt in the human diet, as well as the physiological requirements for salt and theories on the “optimal” dietary salt range. I present evidence for the dangers of too little and too much salt, and give recommendations for the type and amount of salt to include in the diet.

This series will present the bare facts about a highly misunderstood but essential part of the human diet.

Much debate has centered around determining the level of dietary salt required to maintain optimal health, but over the years the suggested upper limit has continued to shrink. According to the CDC, the average intake of sodium for American adults is about 3,300 mg of sodium a day, which is well above the standard recommendations. (1) The USDA urges Americans to consume less than 2,300 mg of sodium per day, and the American Heart Association (AHA) has an even more strict guideline of consuming less than 1,500 mg a day for general health and disease prevention. (2, 3)

It has been theorized that dietary salt consumption was extremely low in the Paleolithic diet – approximately 768 mg of sodium daily – and that inland hunter-gatherers added little or no salt to their food on a regular basis. (4) We know these hunter-gatherer diets did not lead to the chronic, Western diseases we see today. The question is, does low salt intake by our distant ancestors mean that adding salt to our food is necessarily harmful? Should we adhere to the AHA sodium guidelines of 1,500 mg or less per day? Or is there a healthy range of salt consumption that can not only support but optimize our health?

Physiological roles of salt in the human body

Despite its recent bad press, there is no doubt that an adequate intake of salt in the human diet is required to maintain good health. The Institute of Medicine recommends that healthy adults consume 1500 mg of sodium, or 3.8 grams of salt, to replace the amount lost daily on average through sweat and urination. (5) (Ironically, this recommendation is almost double the amount theoretically consumed by Paleolithic man.) The minimum physiological requirement of sodium simply to sustain life has been estimated to be 500 mg of sodium per day. (6)

Sodium is a vital nutrient. It’s a major component of extracellular fluid, and is essential for maintaining the volume of the plasma to allow adequate tissue perfusion and normal cellular metabolism. (7) Because sodium is used as an extracellular cation, it is typically found in the blood and lymph fluid. The maintenance of extracellular fluid volume is an important physiologic function of the sodium in the body, particularly in regards to cardiovascular health.

Besides helping to maintain fluid balance and cardiovascular function, sodium and chloride ions also play an important role in the nervous system. Changes in the concentrations of these ions allow neurons to send signals to other neurons and cells, allowing for nerve transmission as well as mechanical movement. Chloride ions provided by salt are secreted in the gastric juice as hydrochloric acid (HCL).  And HCL is vital to the digestion of food and the destruction of food-borne pathogens in the stomach. (8)

Regulation of plasma sodium levels by the kidney

The kidney, when healthy, regulates sodium and water excretion using hemodynamic, neural, and hormonal inputs.  This allows it to respond appropriately to a wide range of dietary sodium intake. Aldosterone, a steroid hormone secreted by the adrenal glands, helps regulate the balance of water and electrolytes in the body.

An abrupt increase in dietary salt can cause a redistribution of fluid from the intra- to the extracellular space.  But after a few days, the kidney is able to compensate with extra sodium excretion to match the dietary intake. Therefore, healthy people are generally able to adapt to a wide range of salt intakes without a significant change in blood pressure. (11)

If sodium intake drops too low, our metabolism shifts into a sodium-sparing mode.  This stimulates the renin-angiotensin-aldosterone hormonal system, which in turn maintains osmotic balance and adequate blood pressure. (12) A significant increase in renin and aldosterone is a symptom of sodium insufficiency, and has been shown to occur as salt intake drops below 1.5 teaspoons per day. (13) Interestingly enough, the recommendation for 2,300 mg of sodium equates to approximately one teaspoon of salt. An intake this low is associated with an even more rapid rise in renin.

Another important dietary determinant of this renin-angiotensin-aldosterone hormonal system is potassium intake. Our biological machinery (which developed in the Paleolithic era) evolved in conjunction with a diet not only very low in sodium, but also very high in potassium-rich plant foods. (14) Unlike our Paleolithic ancestors, Americans are consuming very low amounts of potassium: approximately 3,200 mg per day in men and 2,400 mg per day in women. (15) The adequate intake as defined by the IOM is 4,700 mg per day, and preagricultural humans are estimated to have consumed fully 10,500 mg of potassium each day.(16)

This modern reversal of electrolyte consumption is another important consideration in determining the population-wide increase in rates of hypertension. Dietary potassium has been demonstrated to dose-dependently counter the pathophysiological effects associated with modern dietary excess of salt, including salt-sensitivity, a likely precursor of hypertension. Therefore, dietary potassium intake, in addition to the sodium to potassium ratio, may play a crucial role in the development of those diseases typically associated with a simple excess of sodium in the modern diet.

The human body has adapted complex physiological mechanisms in order to prevent blood pressure fluctuations in response to these variations in sodium intake. Not surprisingly, epidemiological data has revealed an average sodium intake range of 2400 mg to 5175 mg of sodium per day in developed cultures. (17) Certain isolated groups in areas such as Brazil, Papua New Guinea, and rural African communities have been found to live on sodium intakes of as little as 1150 mg per day. However, despite finding generally low blood pressure in these remote communities, the little evidence that exists on these low salt societies suggests shorter life expectancy and higher mortality rates.

An example from the Intersalt Study, which examined the impact of population-wide salt consumption on blood pressure, is the Yanomami Indians of the Brazillian rainforest, who are known for having far lower average blood pressure than that of Western populations. (18, 19) Their lifelong low blood pressure has been attributed to their extremely low consumption of salt, and this has been used as evidence to further support the effort to restrict salt from the American diet.

A major problem that arises from using the Yanomami as an example of the salt-hypertension hypothesis is the wide variety of confounding variables that may also affect their blood pressure. The Intersalt Study researchers admit that:

In addition to low Na+ intake and high K+ intake, other factors that may contribute to the absence of hypertension and lack of blood pressure increase with age among the Yanomami Indians are as follows: their low body mass index and the almost nonexistence of obesity, no alcohol ingestion, low ingestion of saturated fat, high ingestion of fibers, relatively high physical activity, and the several cultural consequences of living in an isolated community without the psychosocial stress of civilization and without a monetary system or dependence on a job. (20)

This data suggest there are many reasons the Yanomami have such low blood pressure.  These include high potassium intake, high physical activity, low stress levels, and complete lack of alcohol consumption. Furthermore, although the Yanomami have low blood pressure and nearly nonexistent rates of cardiovascular disease, their overall health outcomes are less than stellar. (21) They are described in ethnographic literature as having small stature, high mortality and a low life expectancy ranging between 29 and 46 years. (22) Despite these high mortality rates and confounding lifestyle factors, the Yanomami people are still used as a prime example in support of the salt-hypertension hypothesis.

The results of the Intersalt Study did not indicate any clear pattern between the level of salt intake and blood pressure in those countries studied. (23) And when average life expectancy is plotted against the countries average salt intake, the trend shows that higher salt consumption is actually correlated with longer life expectancy. While this correlation does not imply causation, it is interesting to note the compatibility of a high salt diet with a long life expectancy.

As we can see, there is an enormous range in the daily dietary sodium intake of various cultures around the world, ranging from quite low (1150 mg) to fairly high (5175 mg). Additionally, we know that the healthy kidney is capable of adjusting to fluctuating levels of sodium in the diet in order to maintain fluid homeostasis. Finally, we know that hunter-gatherer and Paleolithic diets were very low in sodium, and that salt was rarely, if ever, added to food. Therefore, it would seem that limiting salt in the diet to those levels recommended by the AHA and USDA would not have any significant consequences, and would be an ideal dietary choice when mimicking the diet of our ancestors. However, evidence is mounting to the contrary: a low-salt diet may actually lead to serious health consequences and higher overall mortality, particularly in conditions like heart disease and diabetes.

Read up on the rest of this series.