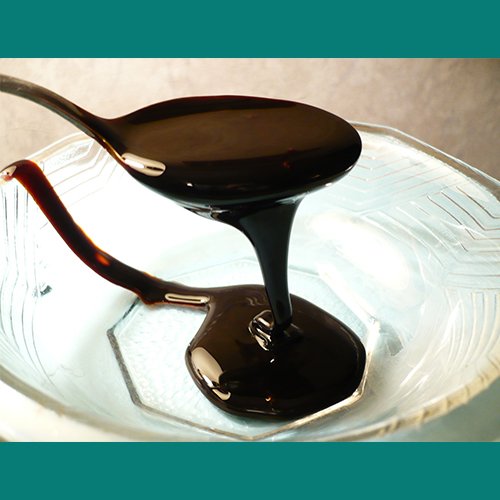 Is your sugar helping or hurting your health? Both molasses and refined sugar come from the sugar beet or sugarcane yet molasses has the lowest sugar content of any sugar cane product. Molasses is derived from the same source as refined sugar so many of us have assumed that it, like white sugar, should be avoided or used sparingly. Molasses is created by boiling sugarcane juice, removing the sugar crystals, and then collecting the remaining concentrate which is nutrient dense, unlike refined white sugar. Full of nutirents and low in sugar, molasses tastes like a winner! If you want your sugar to do more for you, make it Blackstrap Molasses.

Light molasses (also called Barbados molasses) is the result of the first round of boiling and sugar crystal extraction, and is sweetest and lightest in color. But, it doesn’t offer much in the way of micronutrients (it only has about 25% of the nutritional content of blackstrap (third boiling) molasses), and its sugar content is highest among all of the molasses types (since less sugar has been crystalized and removed).

Dark molasses (also called robust molasses) is the result of the second boiling and sugar crystal extraction. It’s less sweet and slightly bitter compared to light molasses, with a relatively higher nutritional content. This is the type of molasses that is found in most grocery stores and is typically used for making gingerbread and other sweet baked goods.

Blackstrap molasses is the residue remaining after the third and final boiling, and as a result, it’s thicker, darker, and more nutritious than any other molasses! It also has a much stronger flavor and lower sugar content, since three rounds of sugar crystals have been removed (most of the remaining sugar is caramelized, contributing to the dark brown color of the syrup).  Basically, as refined sugar is extracted, all of the nutrients originally present are concentrated in this final product, blackstrap molasses!  You can usually find this type of molasses in specialty grocery stores and health food stores.

Speaking of nutrition facts, let’s take a look at just what blackstrap molasses has to offer. One tablespoon (20 grams) contains only 47 calories, but packs in:

How’s that for an impressive nutrient lineup? Blackstrap molasses has over five times as much iron as steak and 1.5 times as much calcium as cheese (per calorie). There aren’t many foods that can boast those kinds of micronutrient levels!

In fact, this qualifies blackstrap molasses as a nutrient-dense food.  Yes, it does contain sugar (roughly 50% sucrose, 25% glucose and 25 fructose), but the amount of nutrition per calorie is still very impressive.  Like all foods containing carbohydrates, especially simple ones, overdoing the amount we eat at a given time can cause high blood sugar levels which can eventually lead to loss of insulin sensitivity and predispose us to diabetes.  The glycemic index of blackstrap molasses is reported to be 55 (right on the border between low and moderate) compared to table sugar which is 80 (high).  That puts this caution in the same category of fruit and moderate glycemic load starchy veggies–it’s a great choice, but just make sure your blood sugar levels stay regulated (read: don’t drink the whole bottle).

Dr. Della Parker promotes what she calls the Real Food Diet, basically you need to eat real food! So here it is… Meat, vegetables, and fruit. This is why our stomach pH is acidic and we have teeth meant for shredding and tearing. Animal protein provides you with nutrients, amino acids, and collagen that cannot be found in other foods. Click to contact Dr. Della Parker for a free consultation or call 503-344-6631.