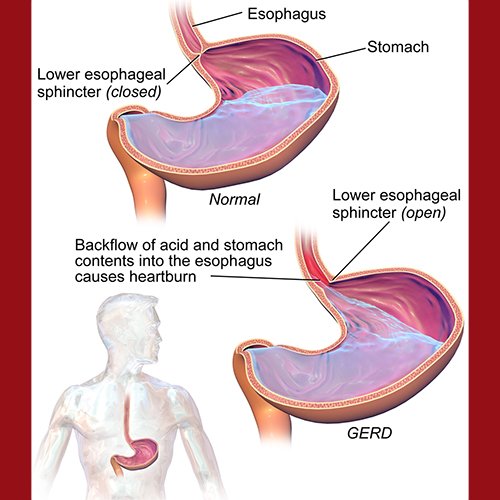 Heartburn is an uncomfortable symptom experienced by millions of people every day. Heartburn is not heart-related but rather a burning sensation in the lower chest caused by acid reflux. Acid reflux occurs when stomach acid is not contained in the stomach due to an open muscular valve called the lower esophageal sphincter (LES). When the LES is open it allows stomach acid to move up where it can irritate the esophagus resulting in a burning pain. The LES should open to allow food to pass into the stomach and then close. If someone experiences acid reflux regularly their LES is opening too often or not closing tightly enough and they may be diagnosed with gastroesophageal reflux disease (GERD).  Learn how to improve your stomach acid to help relieve heartburn from a study measuring the effects of water and acid-inhibiting drugs on gastric pH below.

The first study, featured above, found that even something as simple as drinking water can help suppress acute symptoms of acid reflux by temporarily raising stomach pH.

A dozen subjects were given either:

Their gastric pH was recorded for six hours after each drug intake. In 10 of the 12 subjects, water increased gastric pH by more than 4 after just one minute. In contrast, antacid took two minutes, and the remaining four drugs took between 50 minutes and almost three hours to reduce pH by the same amount.

The gastric pH remained raised for three minutes after drinking water, and 12 minutes with antacids. The other drugs maintained the raised pH for at least six hours—but again suppressing your stomach acid in this way may eventually worsen your condition, particularly if helicobacter pylori bacteria are involved.

Now granted, drinking a large glass of water may not be sufficient for many with acid reflux (although I’d say it won’t hurt to give it a try!), but this study just goes to show that very simple strategies can oftentimes accomplish what you’re aiming for, without resorting to potentially dangerous drugs. In this case, one strategy in particular should be at the very top of your list if you suffer with heartburn…

SRC: Click to read more about the gastric pH study.

Don’t miss Dr. Della’s SOS! (Save Our Stomach acid!) – The tell all of why stomach acid is so important and why it is crucial not to anti-acid this natural process.