Is Artificial Light Wrecking your Sleep? 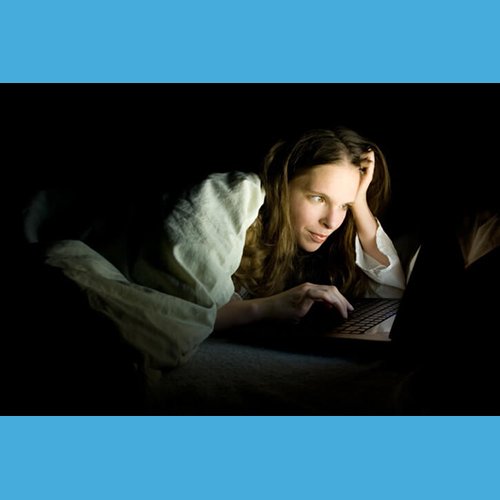 Honestly, how much time do you spend away from your smartphone, laptop or tablet before your head hits the pillow at night? If you’re part of the 95% of Americans who have reported using an electronic device at least a few nights a week within the hour before bed, this could be the cause of your restful slumber struggle. Your lack of sleep or poor sleep may be due to the light emitting from your electronics. Research has shown that nighttime light exposure disrupts the production of melatonin. Melatonin is the hormone that controls sleep and wake cycles. Melatonin suppression has been shown to increase the risk of cancer, metabolic syndrome, heart disease and impair immune system function.

It is well established that short-wavelength or “blue” light is the most melatonin-suppressive; this is the type of light typically emitted by devices such as televisions, computer screens, and cellphones. (14, 15) To produce white light, these electronic devices must emit light at short wavelengths, close to the peak sensitivity of melatonin suppression. (16) This means that products such as tablets, smartphones, and other devices with self-luminous electronic displays are major sources for suppressing melatonin at night, thereby reducing sleep duration and disrupting sleep. (Figure credit: Wood et al, 2013) 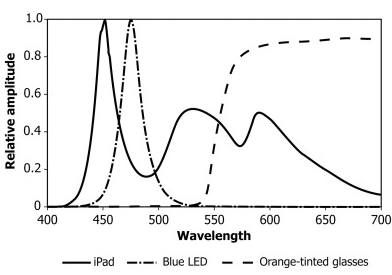 Along with blue light emitted from electronic devices, research has shown that being exposed to normal levels of room lighting can have similar negative effects on melatonin. One study showed that one hour of moderately bright light exposure (1000 lux) was sufficient to suppress nocturnal melatonin to daytime levels. (17) Since melatonin suppression is intensity dependent, researchers suggest that lower intensities can have similar suppression effects at longer durations; for example, two hours at 500 lux would have a similar effect as one hour at 1000 lux. (For examples of lux values, check out this helpful chart.) This means that typical room light alone can have a similar suppressing effect on melatonin secretion as the light from backlit screens. (18)

At Stellar Health and Wellness, all three of our wellness professionals are focused on the individual. Contact Dr. Della Parker, Integrative Nutritionist Amy Hardesty, or Massage Therapist Yvonne Schroeder for an appointment today or call 503-344-6631.

SRC: Learn How to prevent melatonin disruption (without tossing your iPhone) at: chriskresser.com/how-artificial-light-is-wrecking-your-sleep-and-what-to-do-about-it/