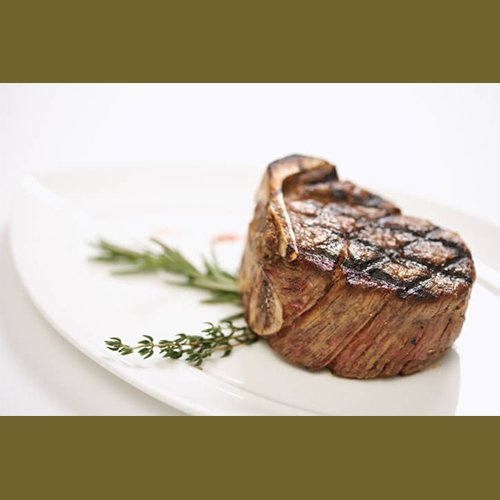 Over the years there has been increased controversy regarding the health benefits/detriments of consuming red meat. Associated with everything from cardiovascular disease to cancer, red meat has been blamed and banned by many in the battle for better health. In reality the problem resides in the research not the meat. Studies have shown that people who eat less red meat tend to consume a more natural diet resulting in better overall health. People who consume more red meat also tend to be less health conscious, which typically means having other eating habits that adversely impact their health. This results in negative health statistics from those who enjoy red meat regularly compared to those who eat less or zero red meat. The reality of consuming red meat in itself is positive; red meat provides many vitamins and mineral necessary to the human body. Learn a few health benefits to eating red meat below.

Red meat is a rich source of vitamin B12, which is vital to proper functioning of nearly every system in your body. B12 deficiency can play a role in everything from aging, neurological disorders, and mental illness, to cancer, cardiovascular disease, and infertility. Red meat also contains significant levels of other B vitamins, including thiamin, riboflavin, pantothenic acid, folate, niacin, and vitamin B6. It’s crucial to get these vitamins from whole foods sources, rather than relying on government fortification of processed foods, and red meat is one of the easiest ways to ensure adequate intake.

For people who don’t eat a lot of oily fish or receive a lot of direct sun exposure, red meat can contribute significantly to their overall vitamin D intake. (5) Red meat also contains a vitamin D metabolite called 25-hydroxycholecalciferol, which is assimilated much more quickly and easily than other dietary forms of vitamin D. In populations with low sun exposure, meat has been shown to be protective against rickets, a degenerative bone disease caused by severe vitamin D deficiency. (6) Interestingly, consumption of milk with the same levels of vitamin D does not provide this same protection, indicating that the vitamin D in meat is uniquely absorbable and useful to the human body.

Red meat contains primarily heme iron, a form that is absorbed and utilized much more efficiently than the non-heme iron found in plant foods. (7) Furthermore, even small amounts of meat can aid in the absorption of non-heme iron. For people with iron overload conditions like hereditary hemochromatosis, it’s probably best to limit high-iron foods such as red meat, but for most of the population – especially those with iron-deficiency anemia – the iron from red meat is beneficial. This is particularly important for women who are pregnant or looking to become pregnant, as iron is crucial for the growth and development of the fetal brain.

Red meat is an especially important source of zinc, because the other rich sources — organ meats and shellfish — are much less commonly consumed in our country. As with vitamin D and iron, the zinc present in red meat is highly bioavailable, and even a small amount of red meat in the diet can increase zinc utilization from all sources. (8) Zinc is an essential mineral that is an imperative part of many physiological functions, including structure in certain proteins and enzymes, and regulation of gene expression, and those eating meat-free diets are at greater risk of zinc deficiency. (9) Finally, to round out this impressive nutrient profile, red meat contains significant levels of other vital minerals such as magnesium, copper, cobalt, phosphorus, chromium, nickel, and selenium.