Can Too Little Salt Hurt You? 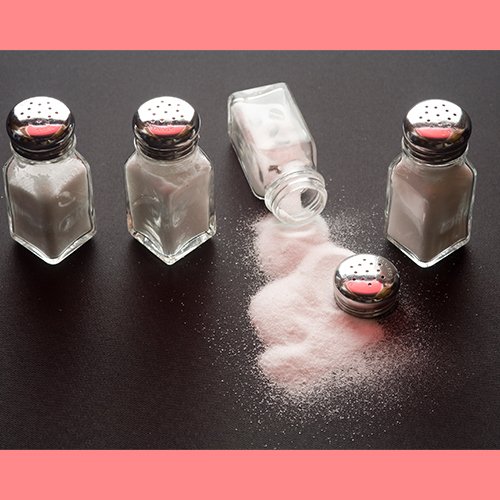 You hear about the dangers of excess salt all the time. And they are true. Too much salt, much like anything, can lead to health problems. The same can also be said for too little.

Our bodies are built to get the nutrients we can not make on out own. Vitamins and minerals that are vital to our body’s function. One of these minerals is Sodium. Not getting enough of this mineral for a long time can be just as harmful to your body, as having it in excess. As with most things moderation is key.

Considering Salt, and specifically sodium, actually helps create the right conditions for the neurons in your brain, it isn’t really a wonder just how much damage you could cause if you restrict your salt intake for a prolonged period of time. Here are some of the dangers a long term overly restricted salt diet could have.

While salt-induced hypertension is typically blamed as a cause of heart disease, a low salt intake is associated with higher mortality from cardiovascular events. A 2011 study in the Journal of the American Medical Association demonstrates a low-salt zone where stroke, heart attack and death are more likely. (3) Compared with moderate sodium excretion, there was an association between low sodium excretion and cardiovascular (CVD) death and hospitalization for coronary heart failure. These findings demonstrate the lowest risk of death for sodium excretion between 4 and 5.99 grams per day. (Figure 1.)

Low salt diets contribute to an increase in hormones and lipids in the blood. A 2012 study in the American Journal of Hypertension found that people on low-salt diets developed higher plasma levels of renin, cholesterol, and triglycerides. (5) The authors concluded that the slight reduction in blood pressure was overshadowed by these antagonistic effects, and that sodium restriction may have net negative effects at a population level.Another 2011 study confirmed this observation; not only was lower sodium excretion associated with higher CVD mortality, but baseline sodium excretion did not predict the incidence of hypertension, and any associations between systolic pressure and sodium excretion did not translate into less morbidity or improved survival. (4)

In addition, low sodium intake is associated with poor outcomes in Type 2 diabetes. A 2011 study study showed people with Type 2 diabetes are more likely to die prematurely on a low-salt diet, due to higher all-cause and cardiovascular mortality. (6) Additionally, a 2010 Harvard study linked low-salt diets to an immediate onset of insulin resistance, a precursor to Type 2 Diabetes. (7) These studies call into question the appropriateness of guidelines advocating salt restriction for patients with Type 2 diabetes.

Restricting salt is also problematic for athletes, particularly those participating in endurance sports. (8) Recent studies have shown that endurance athletes commonly develop low blood sodium, or hyponatremia, even in the absence of cognitive symptoms. In the 2002 Boston Marathon, it was found that 13% of 488 runners studied had hyponatremia, and studies of other endurance events have reported the incidence of hyponatremia to be up to 29%. (9, 10, 11, 12)  While the majority of these sodium deficient athletes are asymptomatic or mildly symptomatic with nausea and lethargy, severe manifestations such as cerebral edema, noncardiogenic pulmonary edema, and death can occur. (13) It is extremely important that athletes engaging in high intensity or long duration exercise be sure they adequately replace the salt lost through sweat.

Salt restriction may be especially dangerous for the elderly. Elderly people with hyponatremia have more falls and broken hips and a decrease in cognitive abilities. (14, 15) Hyponatremia is a common finding in the elderly, with an especially high prevalence in those with acute illness. (16) This is another population at risk for serious health consequences due to universal sodium restriction.

Does your body need herbs, nutrition, pharmaceuticals, dietary modifications? Any recommendations made without the use of muscle testing are guesses at best. Nutrition Response Testing takes the guesswork out of the equation so you can be provided with a treatment plan beneficial to your health the first time around. Dr. Della treats all types of conditions but has a special interest in digestive problems, chronic fatigue, and thyroid dysfunction. Contact Dr. Della Parker if you’re seeking a holistic approach to obtain optimal health.

SRC: Shaking Up The Salt Myth: The Dangers Of Salt Restriction