B12 deficiency: an invisible epidemic 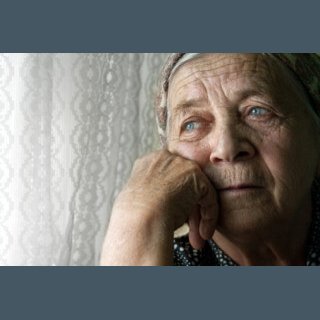 Diseases that can mimic the signs and symptoms of vitamin B12 deficiency include but are not limited to: alzheimer’s, dementia, mental illness, cardiovascular disease, autism spectrum disorder, even cancer and infertility. Vitamin B12 deficiency is not only a common condition but it’s also a silent one. People who eat meat regularly or follow the Paleo diet can even be deficient due to malabsorption. Get yourself tested, if you have vitamin B12 deficiency you can easily and cheaply supplement your body for a healthier you.

B12 deficiency: an invisible epidemic

B12 deficiency isn’t a bizarre, mysterious disease. It’s written about in every medical textbook and its causes and effects are well-established in the scientific literature.

However, B12 deficiency is far more common than most health care practitioners and the general public realize. Data from the Tufts University Framingham Offspring Study suggest that 40 percent of people between the ages of 26 and 83 have plasma B12 levels in the low normal range – a range at which many experience neurological symptoms. 9 percent had outright deficiency, and 16 percent exhibited “near deficiency”. Most surprising to the researchers was the fact that low B12 levels were as common in younger people as they were in the elderly.

That said, B12 deficiency has been estimated to affect about 40% of people over 60 years of age. It’s entirely possible that at least some of the symptoms we attribute to “normal” aging – such as memory loss, cognitive decline, decreased mobility, etc. – are at least in part caused by B12 deficiency.

Why is B12 deficiency so under-diagnosed?

B12 deficiency is often missed for two reasons. First, it’s not routinely tested by most physicians. Second, the low end of the laboratory reference range is too low. This is why most studies underestimate true levels of deficiency. Many B12 deficient people have so-called “normal” levels of B12.

Yet it is well-established in the scientific literature that people with B12 levels between 200 pg/mL and 350 pg/mL – levels considered “normal” in the U.S. – have clear B12 deficiency symptoms. Experts who specialize in the diagnosis and treatment of B12 deficiency, like Sally Pacholok R.N. and Jeffery Stewart D.O., suggest treating all patients that are symptomatic and have B12 levels less than 450 pg/mL. They also recommend treating patients with normal B12, but elevated urinary methylmalonic acid (MMA), homocysteine and/or holotranscobalamin (other markers of B12 deficiency).

In Japan and Europe, the lower limit for B12 is between 500-550 pg/mL, the level associated with psychological and behavioral manifestations such as cognitive decline, dementia and memory loss. Some experts have speculated that the acceptance of higher levels as normal in Japan and the willingness to treat levels considered “normal” in the U.S. explain the low rates of Alzheimer’s and dementia in that country.

SRC: Learn more about B12 Deficiency at: chriskresser.com/b12-deficiency-a-silent-epidemic-with-serious-consequences/