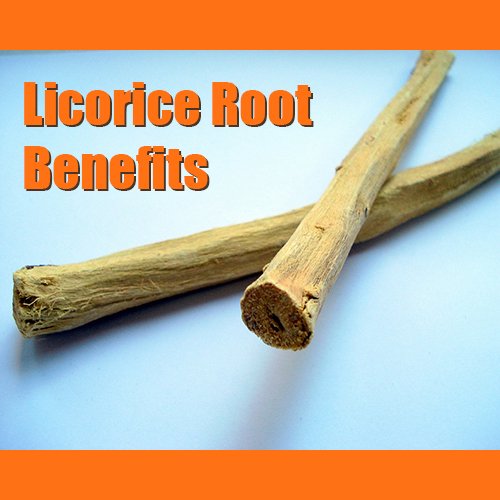 When we think of licorice most of us think of the candy but what about the root? The scientific name for licorice root is Glycyrrhiza meaning sweet root, a perfect description for this sweeter than sugar herb. Licorice root was used in ancient Arabia, ancient Greece, and China for its medicinal properties for centuries. Licorice root has been used to treat a variety of symptoms including coughs, asthma, inflammation, and as an aid to enhance the effects of other herbs. Read about the top 5 benefits of licorice root below.

The Many Versatile Uses of Licorice Root

Licorice is said to be one of the most extensively researched medicinal plants, and it has a lengthy list of versatile uses to match. Here are some of its claims to fame:

Licorice has antibacterial properties and has been found to help relieve stomach ulcers (many of which are caused by Helicobacter pylori (H. pylori) bacteria). Germany’s Commission E approved the use of licorice root for treating ulcers.

One of licorice root’s most well-known uses is to ease congestion from coughs and colds. It acts as an expectorant, helping to loosen and expel phlegm, and it also has a soothing effect on irritated mucous membranes.

The German Standard License approves licorice root infusions for loosening mucus and alleviating discharge in bronchitis, while the British Herbal Compendium indicates the use of licorice root for bronchitis.3

Licorice root is beneficial for digestion and helps soothe irritation and inflammation of your digestive tract.

It is approved for treating painful spasms associated with chronic gastritis by the German Standard License, and in France licorice root may be used to treat bloating, impaired digestion and gas.4

An extract of licorice was also found to alleviate symptoms of functional dyspepsia (upset stomach),5 and a combination of extracts from licorice, chamomile, silverweed, angelica, blessed thistle and wormwood is effective in relieving indigestion and mild gastrointestinal complaints, including vomiting.6

More than 400 compounds have been isolated from licorice, including isoliquiritigenin and naringenin. These constituents promote regulatory T cell induction, which plays a critical role in controlling immune responses and preventing autoimmunity.7

According to research published in Scientific Reports, licorice exhibits a number of beneficial properties for immune system support:

“It [licorice] is known as a well-recognized medicine against peptic ulcer disease, constipation, cough and viral infection. Glycyrrhizin and flavonoids such as liquiritin, isoliquiritin, and their aglycones have been reported as the major constituents of licorice …

… In recent years, licorice flavonoid are more and more popular because of their significant bio-activity in antimicrobial, antioxidative, and anti-inflammatory function.”

Licorice has a natural laxative effect that promotes peristalsis (the contractions in your colon that help move waste through).

In one study, a traditional Iranian herbal preparation containing licorice and other herbs was found to significantly improve chronic constipation compared to a placebo.8