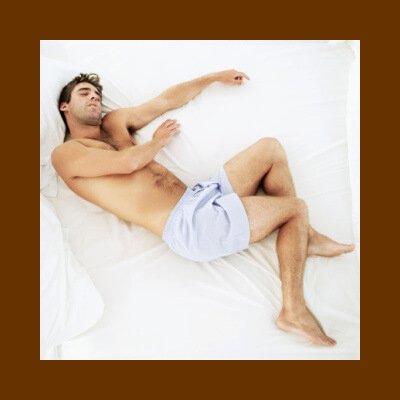 Do you suspect your late night leg jerking could be caused by Restless Leg Syndrome (RLS)?  If you find yourself in bed welcoming sleep yet kept awake by the urge to move your leg, than you may be correct. Restless Leg Syndrome affects 4%-29% of adults in Western populations and is a major contributor to sleep loss. Learn three factors that could contribute to RLS and the steps you can take for improving your symptoms below.

Restless legs syndrome has been associated with numerous conditions involving systemic inflammation and immune dysregulation. (3) One review paper published in 2012 investigated health conditions that were reported to cause or exacerbate RLS symptoms, and found that 95% of the 38 different health conditions that were strongly associated with RLS have an inflammation or immune component. (4) These conditions include Parkinson’s disease, multiple sclerosis, ADHD, Alzheimer’s disease, Celiac disease, Crohn’s disease, rheumatoid arthritis, sleep apnea, diabetes, and depression.

As further evidence, an elevated blood level of C-reactive protein (a marker of systemic inflammation) has been associated with increased RLS severity. (5) A small crossover trial found that a hydrocortisone infusion, which reduces systemic inflammation, reduced RLS symptoms. (6)

Researchers have proposed three potential mechanisms to explain the association between RLS and inflammatory or autoimmune states: direct autoimmune attack on the nervous system; genetic factors that could predispose an individual to RLS and be triggered by inflammation or autoimmunity; and iron deficiency caused by inflammation, which I’ll talk more about below.

What to do: If your RLS is a symptom of underlying systemic inflammation or immune dysregulation, the goal should be to find and treat the root cause. As I’ve mentioned many times in the past, gut infections are often the culprit—even if you don’t have noticeable digestive symptoms—so get your gut tested.

If you already have a diagnosed inflammatory or immune condition such as those I mentioned above, the best first step you can take is to adopt a “low-inflammatory” diet and lifestyle. This means eating a nutrient-rich, low-toxin diet based on whole foods; getting enough sleep every night; prioritizing stress management; and incorporating regular movement into your day.

You can also check out the bonus chapter about autoimmune disease from my book, as well as explore other information on my site about reversing autoimmune disease, the autoimmune protocol, the role of the microbiome, and alternative therapies such as LDN.

Some of the more recent research on restless legs syndrome has focused on a connection with small intestinal bacterial overgrowth (SIBO) and IBS, which is often caused by SIBO. One study found that 69% of RLS patients also had SIBO, compared with only 28% of controls. (7) They also found that 28% of RLS patients had IBS, compared to only 4% of controls. And according to the 2012 review I mentioned in the previous section, 32% of the 38 conditions associated with RLS are also associated with SIBO. (8)

A strong association between SIBO and RLS doesn’t mean that SIBO is causing RLS in these patients. But a few trials have found that in patients with both SIBO and RLS, their RLS symptoms improve after being treated for SIBO. (9) For example, one double-blind, placebo-controlled study reported that treatment with the antibiotic rifaximin—the standard treatment for SIBO—significantly improved RLS symptoms in patients with both conditions. (10) This, of course, does suggest a causal link between SIBO and RLS.

What to do: If you have both RLS and SIBO, the best option would be to find a functional medicine practitioner who has experience dealing with SIBO and get treated. That said, two steps you can try on your own are a low-FODMAP diet and probiotics. Low-FODMAP diets reduce the amount of fermentable carbohydrates that “feed” bacteria in the small intestine, and a couple studies have shown that probiotics can be as effective as antibiotics for treating SIBO. (11, 12) I’ve found the probiotics Prescript Assist, S. boulardii (a beneficial yeast), and MegaSporeBiotic to be helpful.

One important note about low-FODMAP diets, however, is that it’s generally not a good idea to stay on one indefinitely. Low-FODMAP diets eliminate sources of prebiotics, which can improve symptoms by starving pathogenic bacteria, but can also starve your beneficial bacteria. The best approach is to follow a low-FODMAP diet until symptoms subside (and your SIBO breath test is normal), and then gradually re-introduce prebiotic foods (or supplements) to support your gut microbiome.

As I mentioned in the introduction, one of the most-researched theories about the cause of restless legs syndrome is impaired dopamine signaling, which has led to the conventional treatment of RLS by dopamine agonists (i.e. chemicals that can bind to and activate dopamine receptors). Unfortunately, these treatments can become less effective over time, and can even result in a worsening of symptoms.

And while replacing neurotransmitters might be an effective way to manage symptoms in the short term, the goal should be to figure out why dopamine signaling is impaired in the first place.

This is where vitamin D comes into play. The role of vitamin D in dopamine signaling is only beginning to be investigated, but some evidence indicates that vitamin D could play an important role by increasing levels of dopamine and its metabolites in the brain, as well as protecting dopamine-associated neurons from toxins. (13)

When starting a routine of proper diet and nutritional supplementation it is important to have food intolerances identified as they can contribute to almost any symptomology. Identifying these foods enables Dr. Della to make more specific dietary recommendations and allows a clearer path to optimal health. Call Dr. Della Parker for a Free Consultation regarding your Restless Leg Syndrome at (503) 252-3952.

SRC: Learn the fourth possible cause and additional steps you can take to relieve Restless Leg Syndrome at: chriskresser.com/4-little-known-causes-of-restless-legs-syndrome/